Remember yearbook day in middle school? It was the best day of the entire school year, when you could actually hold pictures of your friends (and crush!) in your hands. It was a rush to see candid photos of classmates at lunch, scoring points in basketball games, and lined up for club photos. That’s right — yearbooks were the O.G. social media.

In contrast, kids today can access photos and images of classmates online every single day, almost in real time. Because of this, body image and social media are closely intertwined. Growing up can sometimes feel like there’s always a spotlight on you, but for today’s generation, there essentially is — and it’s having serious effects on kids.

Filters Have Transformed How Kids Can Present Themselves

If you type “photo editor” into the App Store, you’ll get tons of results. There are so many apps that promise to provide filters and enhancements for amazing selfies. Some promise flawless skin, a reshaped face, and even the ability to open your eyes if they’re accidentally closed in a photo. Many of these apps are free, which means they’re easy for kids to download.

Of course, kids aren’t born wanting filtered faces. They’re eased into it, often through kid-focused, “fun” filters that add puppy ears or angel haloes. As they get older, kids will encounter filter options that include more adult-appropriate adjustments. These include prominent cheekbones, larger eyes, and plumper lips.

But these types of filters aren’t just in fun apps… they’re everywhere. There’s even an option on Zoom, which many kids relied on during distance learning, called “Touch up my appearance.” It’s possible that many kids may never post a photo of themselves without having altered it in some way. It’s no wonder that body image issues are growing more and more common — even in kids as young as four.

Kim Kardashian has 283 million followers on Instagram, and the photos she posts are sleek, stylized, and absolutely, 100% put together by a team of media and PR experts. Curated feeds dominate the social media landscape, even for non-celebrities, especially when it comes to body image. And if everyone you see is altering their appearance in some way, it can entice you to do the same thing. Eventually, nobody’s image is reflecting real life anymore. The standard for perfection simply becomes higher and higher.

When kids are constantly bombarded with so-called “ideal” beauty standards, the desire to fit in and match them can be intense. This can lead to anxiety and depression as a child struggles to deal with how they present themselves to the outside world.

Constant worrying about whether they’re pretty enough, thin enough, tall enough, or muscular enough can be taxing, especially during puberty, when bodies are in flux. In some cases, the desire to look perfect can even lead to disordered eating, which can greatly impact a child’s health and well-being. And it’s worth mentioning (as there are often misconceptions about this) that not just girls experience these pressures.

There Is Hope — Body Positivity Is Becoming Mainstream

The body positivity movement is grounded in the belief that all bodies are worth celebrating. As such, they’re also deserving of being seen in ads, movies, TV, and more. Visibility is important for making people (and especially kids) aware of and more accepting of different body types, sizes, and definitions. The body neutrality movement takes this one step further. It suggests that you don’t need to focus as much on your body’s aesthetics (even to say you are beautiful). Instead, you can pay attention to how your body feels.

Companies are beginning to realize this, and many have incorporated different-sized models in advertising campaigns. Dove is a good example of this movement. The company even launched the Dove Self-Esteem Project with resources for promoting body positivity among young people. Popular younger artists like Lizzo and Billie Eilish are also known for bucking traditional beauty standards, and have enjoyed incredible success being exactly who they are.

The Top Platforms Where Body Image Issues Are Happening

According to Bark’s 2021 annual report on children and technology, 7.66% of teens engaged with or encountered content about disordered eating last year. Alerts for disordered eating range from mentions of dieting practices all the way to discussions of anorexia, bulimia, and body dysmorphia. The top platforms for body image alerts were:

What can we learn from this ranking? First, that Discord leads the pack, with dedicated servers for discussing everything from #thinspo (“inspiration” to help someone get dangerously thin) to actual ways to practice disordered eating. Next, Instagram, Snapchat, and TikTok are all visually focused apps where image is very important. It’s no surprise that body image issues are discussed frequently on them. Finally, WhatsApp is a messaging app similar to iMessage or GroupMe, and it’s where kids can message privately or in groups.

Starting a conversation about body image can be a little scary, but it’s important to talk with your kid about how they feel and the things they see online. We’ve got some ideas to help you break the ice. Keep in mind these may work best with older kids. They have more experience with social media so they have some context.

It can also help to make sure you’re not using body shaming (or food shaming) language at home. An offhand comment may seem harmless to you. But saying something like “I can’t believe you ate that many chips” — can contribute to your child having an unhealthy relationship with their body. You can learn more about identifying and preventing disordered eating in this blog post. 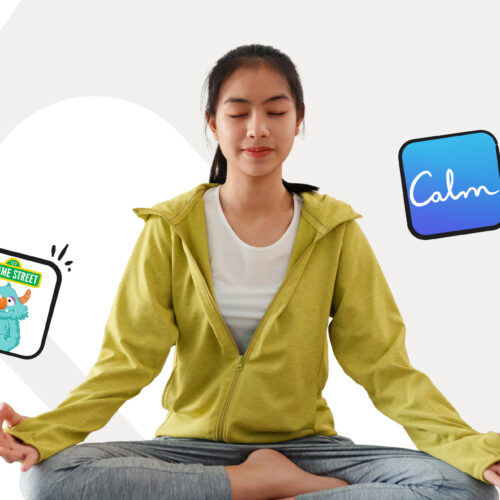 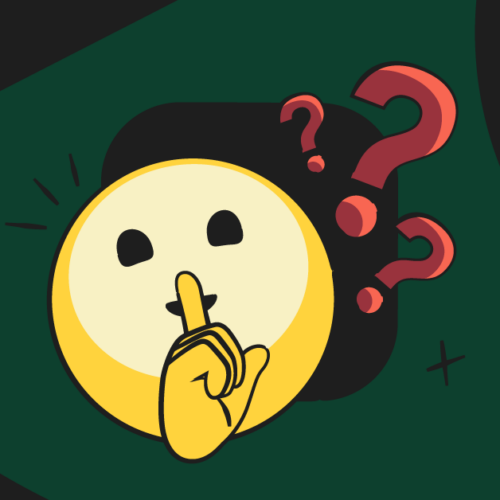