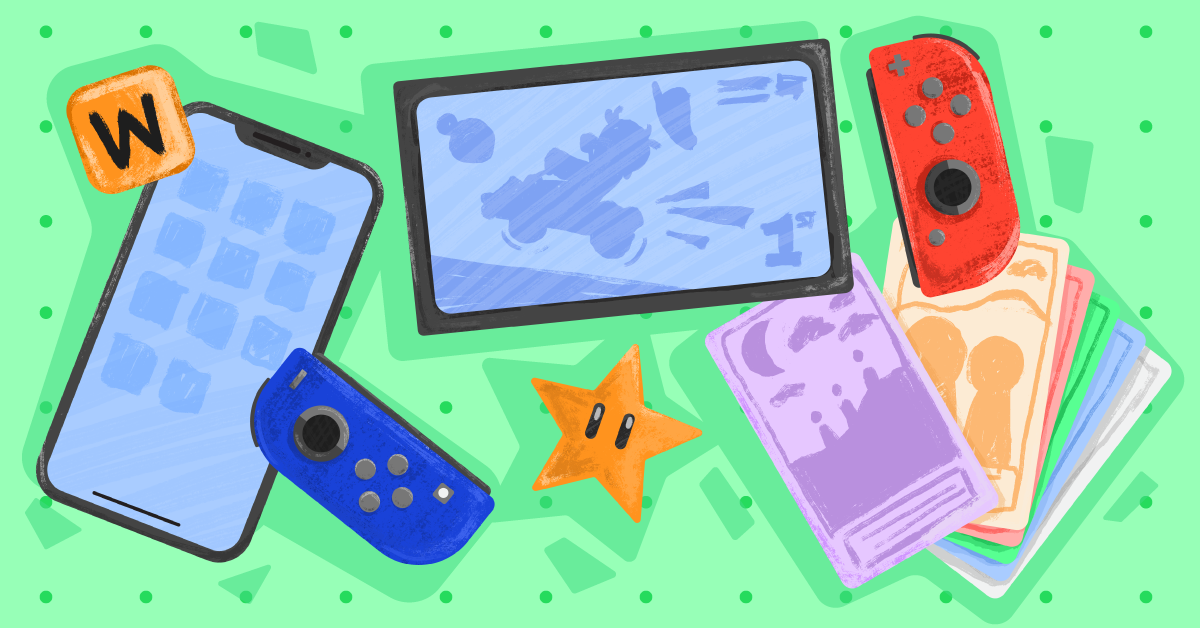 The Best Online Multiplayer Games to Play as a Family

After weeks of lockdown due to COVID-19, your kids are probably missing their friends and family members more than ever. Zoom calls and FaceTiming make chatting easier, but they don’t exactly scratch the itch of having fun or relaxing in the same way that playing a friendly game does.

At Bark, we’re parents too, and we know how important it is for kids to connect and blow off steam while engaging in a favorite pastime (like video games!) — especially right now, when your child may not understand why playdates aren’t feasible. In this blog post, we assembled some of our favorite online multiplayer games for families to play together  — whether you’re all in the living room or spread out all across the world.

Games to Play on Phones and Tablets

Spaceteam is a fast-paced, cooperative shouting card game where you work together to repair a malfunctioning spaceship. Sound like fun? It is! Everyone downloads the app on their device, and together you avoid asteroids, travel through time, and more!

Based on the popular board game, this cross-country train adventure enables players to collect and play matching train cards to claim railway routes connecting cities throughout North America. Whoever builds the longest road wins! This game supports local or online play.

If your kids are into Scrabble, they can play Words With Friends 2 against their best friend across town or start a round with their grandma in Florida. This app is also educational and can help them stretch their vocabulary skills by coming up with rare words.

Overcooked 2 is a chaotic co-op cooking game for one to four players to work together to cook sushi, burgers, and more while navigating complicated kitchens and responding to hungry customers. When the pressure’s on, you’ll be shouting “On your left!” and “Chop those onions faster!” to your kids like a seasoned chef.

If your kids are into racing or soccer, chances are they’ll love this game. Set in a futuristic arena, Rocket League is a multiplayer soccer game where the players are actually cars! Jump, speed, and turn as you crash into the ball to drive it into the net for points.

This competitive game enables players to actually build the game (literally!) as they go. Place stairs, floating platforms, and more in your opponent’s way — but don’t be too upset when they do the same!

Kids and families have been launching turtle shells and barrelling down Rainbow Road on every Nintendo platform since the early 90s, and Mario Kart 8 Deluxe is the latest entry into the popular franchise. Players can see who will outrace each other or they can fight to the end in the super-fun battle mode.

Splat more ink and claim more turf than your opponents in this colorful and chaotic 4-on-4 action game. Team up with three others to cover the playing field in more of your team’s color than the other’s — you want to see as much of your color on the screen as possible. This is a great non-violent alternative to the classic shooter genre.

Board Games You Can Print and Play at Home

If you’ve got access to the internet but have a hankering to play some non-digital games, many board game publishers are offering some free options to keep families entertained with just a printer (and a little time).

Asmodee has released lots of free print-and-play games, including these great options for families to play together at home:

We hope some of these online multiplayer games will strike a chord with your family and bring hours of entertainment. In-person visits may be hard to come by these days, but the fun and thrill of competing in online games may just help bring your family and friends closer together. Plus, it can be good practice until the next real-life Mario Kart 8 competition in your living room.

Sign up today
← Sexual Assault and Awareness: How to Support and Empower Your Child Ultimate Guide to Safer Streaming Sites →