Is Twitter Safe For Kids? 6 Things Parents Need to Know

Your kid may be at a stage where they’re rapidly diving into the social media scene. While interacting online can mean building a community, learning from others, and exploring new interests, you also want to help keep them safe. If your child has a Twitter account — and especially if you don’t — there are some things you should know about the popular app. Don’t worry because we’re diving into that, understanding is Twitter safe for your child, and giving you the scoop on Twitter monitoring.

Twitter, like most social media platforms, encourages users to interact quickly and often. While Twitter now allows up to 280 characters per tweet, it has always been a platform that is designed for “short and sweet” messages. Users must get their point across with a limited number of characters.

Luckily, people on Twitter have a good deal of control over the content that they follow (from the brands and celebrities they’re interested in to friends, family, and even total strangers). But if someone your child follows retweets content from another account, your kid could quickly be exposed to more and more tweets from strangers.

Misinformation is a significant part of social media, and Twitter is no exception. But the platform has recently taken steps to help protect its users from being shown misleading tweets. Still, it’s worth having a conversation with your child about how they shouldn’t be quick to believe everything they see on the internet.

If your child has a Twitter account, make sure you aren’t caught off guard by how they’re using it. Having regular conversations about online safety — along with — is a must, and as a parent, there are some things you should know.

Your Child May Not Control Who Follows Them

Twitter is designed as an open platform, which means that your child won’t always know the people who have chosen to follow them. In order to control their follower list, Twitter users must set their profiles to private, which will require them to personally screen and accept every person who chooses to follow them. Most teens don’t, but this may be something you ask your child to do.

A retweet is when a tweet was originally created by one person but is then shared with others. This Twitter feature means that your child’s content has the potential to go viral — and so could be seen by a wide range of people worldwide very quickly. People can add their own messages to a retweet, and these, unfortunately, aren’t always nice comments. Content posted is instantly visible, and it might not be possible to take it back again.

Location services allow your child to “check-in” and let the world know where they are, which could lead to the potential for a stranger to find them all too easily. Ensure your child turns off this feature in their settings as a measure of Twitter parental controls.

Subtweeting: A Form Of Cyberbullying

Subtweeting is tweeting negatively about someone without explicitly mentioning their name. While this might sound like it’s fairly harmless, it can actually cause the victim of the tweet a great deal of distress. This often escalates to cyberbullying and can be highly damaging to the individual being bullied. If this is something your child is experiencing on the platform, you might find it helpful to mute certain words or hashtags and block negative accounts, so your kid won’t come across them on their timeline.

Tweets Are Automatically Set To Public

The default setting when creating a Twitter account is public, unless your child manually changes their privacy settings. That means that anyone, anywhere, can see what your child has posted unless they change the settings.

Private messaging, in which messages are visible only to the parties engaged in the message, is a big part of the platform. If someone wants to poke fun at, cyberbully, or even groom a child, they may move that conversation to DMs for more privacy. Your child can adjust their direct message settings to help prevent strangers from contacting them.

It doesn’t take long to run into something troubling on a social media site like Twitter. Even if you have an account of your own, you might not see everything that your child posts or discusses. And if you aren’t seeing a large number of tweets from your child, that doesn’t necessarily mean they’ve blocked you or they aren’t using the platform. Many teens choose to use Twitter primarily to follow celebrities and brands, rather than actively engaging in conversations of their own. Still, carefully monitoring your child’s online activity using Bark can help alert you to potential problems before they become too serious. Bark Twitter monitoring includes:

So is Twitter safe for kids? There are some risks to be aware of, but there are also some settings you can change to help keep your child’s experience on the platform safe. 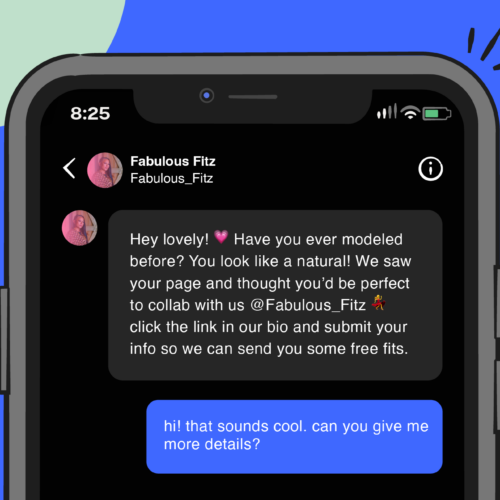