Yik Yak, the Dangerous Anonymous Chatting App, Is Back

Comments sections on social media platforms can be scary, hateful, and aggressive places — and this happens when people are logged in under their real names. Now, imagine how scary comments would be if people were completely anonymous! This is essentially what the messaging app Yik Yak is. And to make things even more sketchy, it only shows you messages — also known as Yaks — from people within a 5-miles radius. Yik Yak combines the bite-sized messages of Twitter with the upvote/downvote feature of Reddit, all tied together with the location-based parts of Snapchat. Buckle up, we’ve got a lot to cover as we discuss all of the different dangers the return of this definitely-not-for-kids app poses to young people.

What is Yik Yak?

Yik Yak was created in 2013 and was similar to other anonymous sharing apps of the time, like Whisper and Nearby. No user names, no real names, and no profile photos made it truly an anonymous experience. It’s basically the unfiltered internet version of the Wild West. Adding in the 5-mile radius requirement to chat, however, set Yik Yak apart, and it quickly became popular at universities. Because college campuses are densely populated by tech-savvy people with similar interests, an app like Yik Yak was bound to explode in popularity — and it definitely did. At its height, it had millions of users and was a tech start-up poised for success. Then, just a few short years later, the company shuttered abruptly. Fickle users and negative press contributed to the Yik Yak app downfall, as well as the incredible dangers we’ll get into next.

The Many Dangers of Yik Yak

As Yik Yak invaded college and high school campuses all over the U.S., stories of aggressive messaging began to dominate the headlines. Bullying, for example, can be hard enough to deal with on regular social media platforms. When it’s anonymous, it’s almost impossible to address. Think of Yik Yak like the graffiti messages on a school’s bathroom wall — except it’s virtual and can be seen by anyone instantly.

An app like Yik Yak that connects strangers to kids based on location sounds like every parent’s worst nightmare, and with good reason. Yik Yak does exactly that, providing direct access to potential predators in the same neighborhood. While Yaks are public (there’s no direct messaging feature) it’s easy enough to exchange contact information — including real names, addresses, and phone numbers. Then, they just have to make the jump to another platform like texting, Instagram, Kik, or Snapchat where the grooming process can be continued in private.

Anonymous messages spewing racist and sexist commentary were rampant on Yik Yak in its heyday. An article by The New York Times in 2017 goes into some of the more notorious incidents involving Yik Yak on college campuses. Graphic messages promoting sexual assault and violence were especially heinous, and the app is named 51 times in a lawsuit against Mary Washington University.

Why Is The Yik Yak App Back and What’s Different This Time?

The new owners of Yik Yak purchased the rights to the platform in February of 2021, and have stated that they are “committed to making Yik Yak a fun place free of bullying, threats, and all sort of negativity.” In the App Store, it’s rated as 17+, but once it’s downloaded, it states that it’s 13+, with no age verification required at all. To make it even more confusing, the Community Guardrails also specify that it’s not for kids under 13, not under 18.

Prominent on Yik Yak’s homepage is their Community Guardrails, which detail all of the types of content that are off-limits, including things like:

Violators of the Community Guardrails are subject to a “one strike and you’re out” policy, resulting in an immediate ban. While this sounds like the company is committed to stricter safety measures, it’s yet to be seen how actually enforceable these new guardrails will be. Also, they don’t stop someone from posting at all — they only work after the fact. And when something awful is posted, it can be hard to unring that bell.

The lure of anonymity can push kids to post things impulsively that they would never share in real life. Plus, believing they can say whatever they want without fear of repercussion can lead kids to participate in risky behavior they wouldn’t normally otherwise. Another important thing to remember is that anonymous apps are never, ever truly anonymous. Screenshots are easily taken. Even a physical photo taken of the screen with someone else's device can cement a message into perpetuity. Because of these risks, the team at Bark recommends that no children use Yik Yak or other similar anonymous chatting apps. Seriously — nothing good can come from them.

How to Help Protect Your Kids

When Yik Yak initially launched, it spread like wildfire on college campuses and high schools — it even reached some middle schools! We anticipate the same thing may happen this time around. As news of its return spreads among kids, many will recognize the app from sensational stories from older siblings and friends. If your kids express interest in Yik Yak, talk to them about the many dangers it poses and how hurtful the app can be to users. You can also use Bark’s world-class blocking tool to prevent your kids from accessing it entirely — which for many families will be a good idea. 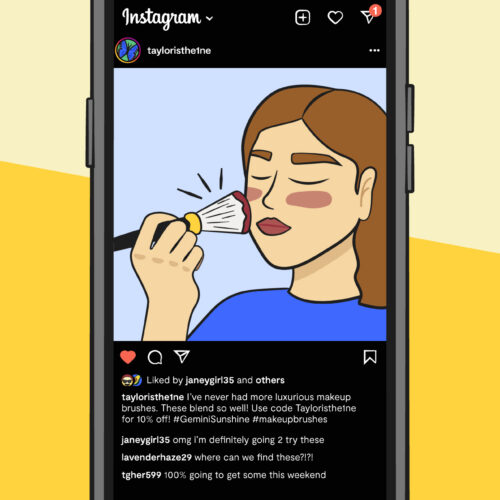